We Are Toten Herzen

Risen from the dead or grand hoax?
A chaotic tale of redemption and revenge 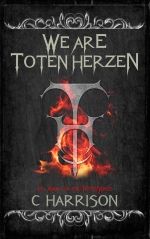 WE ARE TOTEN HERZEN

Available for Kindle, Apple, Kobo, Nook, other ebooks and in paperback

The first book of the Totenseries and the opening salvo in the official account of Toten Herzen’s comeback. Murdered in 1977, discovered alive in 2013, this is the story of the band that refused to die and how one down at heel journalist, Rob Wallet, orchestrated the greatest comeback in the history of rock or possibly the greatest hoax of the 21st Century.

“Hard work didn’t kill him. Triple beer killed him. He drank like a bastard.”

Between 1973 and 1976 Toten Herzen sold over eight million albums and toured arenas in Europe and the US. In 1977 all four members of the band were murdered by crazed fan Lenny Harper. Harper was only charged with wasting police time and the bodies disappeared.

Thirty five years later, British music journalist Rob Wallet’s investigation into the incidents of 1977 led him to discover the band still alive in a remote village in southern Germany.

He persuaded them to make a comeback.

The paranormal dark comedy We Are Toten Herzen is the authorised story of one music journalist’s ambition to bring Toten Herzen back from the dead. From an isolated Dutch farmhouse to the teeming chaos of New York, via Suffolk and the Ahoy Arena in Rotterdam, fact and fiction blur as the ’70s most notorious rock band plan their return, outwitting the modern music industry and settling old scores in the only way they know how.

But is Wallet’s story a hoax or strange reality? As he uncovers more of the band’s past new questions begin to emerge. Was lead guitarist Susan Bekker hospitalised in 1974 with Rabies? Was the band’s first manager Micky Redwall killed by his own dogs in 1977? What happened to an original ‘fifth member’ of the band Peter Miles? And after all this time why haven’t Susan Bekker, singer Dee Vincent, bassist Elaine Daley and drummer Rene van Voors grown old? Find out in the only official account of Toten Herzen’s long awaited reappearance.

I know what you’re thinking; not another vampire novel. I don’t do vampire novels. Well, at the risk of being presumptive, you don’t do Twilight/Vampire Diaries novels. You don’t do middle class teenage girls stalked by old men disguised as the school frat boy novels.

We Are Toten Herzen isn’t like that. It’s not exactly classic Gothic noir either, but rehabilitates the vampire genre in a contemporary setting with nods to the European ancestry of the myth. The vampires of We Are Toten Herzen are human and monsters, clumsy and adept, violent and humane, and importantly, grown ups!

This novel is also the first instalment of a much larger series that will take you on a journey where fact and fiction mix and mingle until you don’t know which is which. A series of nine novels will make up the TotenUniverse, with diversions into witchcraft, black magic, Satanism and quantum physics.

Sit back and wallow in the discomfort of shambolic journo-publicist Rob Wallet, big mouthed short arse Dee Vincent, and towering over them all, literally and figuratively, the vampire queen (copyright Rob Wallet) Susan Bekker in all her paranoid egomania.

The TotenUniverse is the product of an army of non-existent creative types which means I have to do everything myself. By joining this over-ambitious attempt to create a new urban legend you’ll be stroking my ego with an intensity beyond measure. 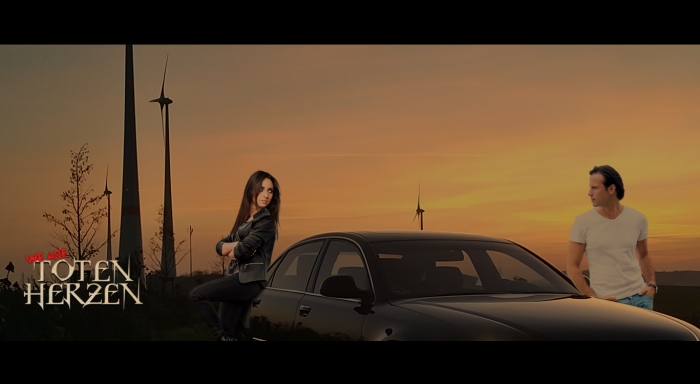 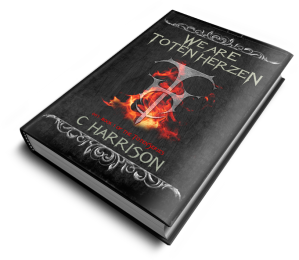 Click the book to buy We Are Toten Herzen from Amazon. Click here for all other booksellers.